Akis Zambartas is the founder of the Zambartas winery. Back in 1970 he went to France to study Chemistry in Lyon and Enology in Montpellier. He was the first university educated enologist of the island. In 1980’s he conducted a research that changed the course of the Cypriot wine by identifying and recording 13 lost Cypriot indigenous grape varieties.

In 2006, he decided to follow his dream of establishing his own boutique winery with the focus on making quality wine from indigenous varieties. His son Marcos had then decided to join his father’s efforts and he flew to Australia in order to gain hands on experience in the winemaking process.

Since then, Zambartas Wineries has grown to a production of 120.000 bottles a year and established itself as a pioneering, quality producer. They  manage over 13 hectares of vineyards, both young and old, which are tended organically by their dedicated team. They have introduced the innovative ‘Single Vineyard’ Range and constantly look for ways to improve.

Zambartas winery is situated in Ayios Amvrosios Village, among the most beautiful sights of Cyprus in the heart of Krasochoria Wine Region of Cyprus 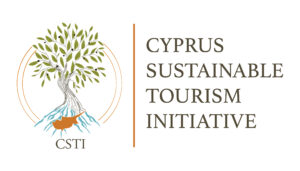